Earlier in 2018 I came up with project to utilise some of the  illustrations from the Wainright  guides to the Lake District as a basis for a Landscape Photography project.  The idea was to take a sketched illustration and using that, photograph each location.  As we only visit The Lakes once or twice a year, and there are 8 books and over 200 “Wainrights” this project could take some time!

Robinson is part of the Newlands Horseshoe walk from Littletown or can be accessed from Buttermere which lies to the west.  It has an open summit with views over Buttermere and across to Derwent Water to the east.  The name derives from a man named Richard Robinson who purchased estates at Buttermere many hundreds of years ago one of which included this un-named fell.  It became known as “Robinsons Fell” but over the years the word “fell” dropped away from its name and today the maps just show it as “Robinson”

One of the favourites of many casual visitors to Keswick, Cat Bells, seen here from Friars Crag, is assumed to be an easily achievable climb. However it has a short but sharp rock scramble near the summit which often catches out the unprepared or poorly equipped walker.  Note how low Derwent Water is.  I come to this location every time we visit Keswick and where I stood to take this image, one year ago, there was water. 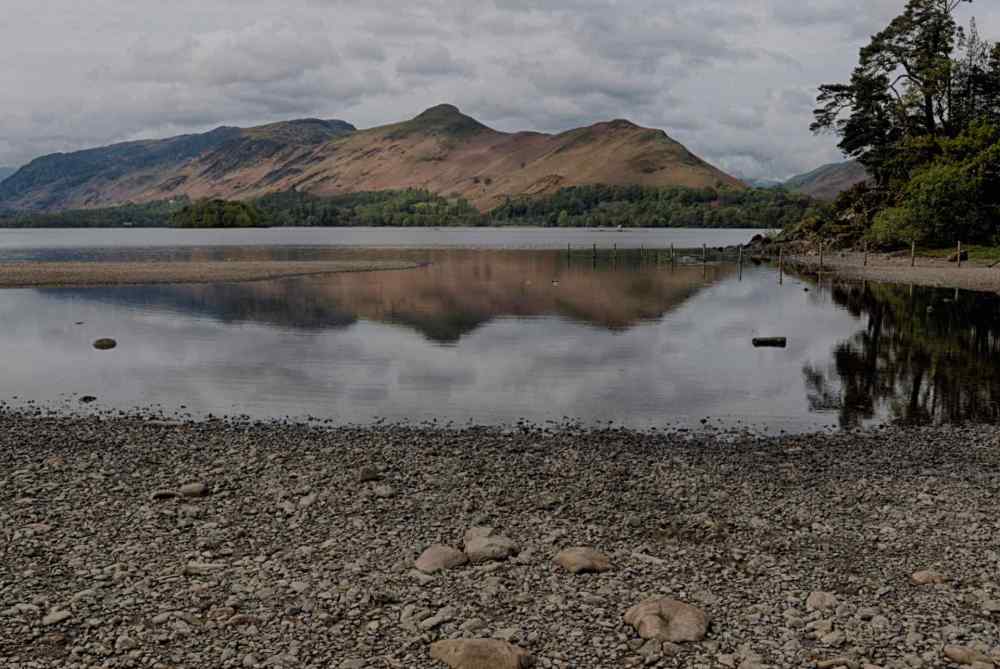 Wainwright says in his book of the North Western Fells “If a visitor to Lakeland has only two to three hours to spare, poor fellow, yet desperately wants to reach a summit and take back an enduring memory…………let him climb Castle Crag. Squeezed in at the southern end of Derwent Water this small fell affords outstanding views to the north from its rocky summit. 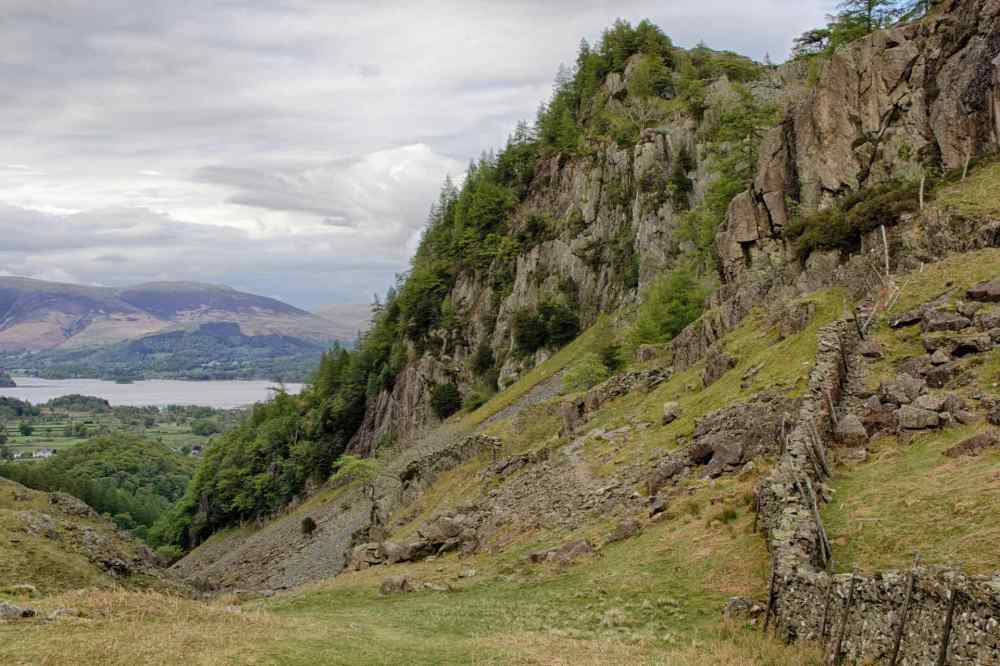 Overlooking Crummock Water, “a mountain in miniature” is how AW describes this fell.  At its base at certain times of the year the fields are covered in bluebells and yellow gorse which adds to the scene.  This area was once the scene of a violent skirmish between the invading Norman Army who were ambushed and routed by the English in the years after the invasion.  No sign of that now, just hoards of tourists in the spring looking at the bluebells. 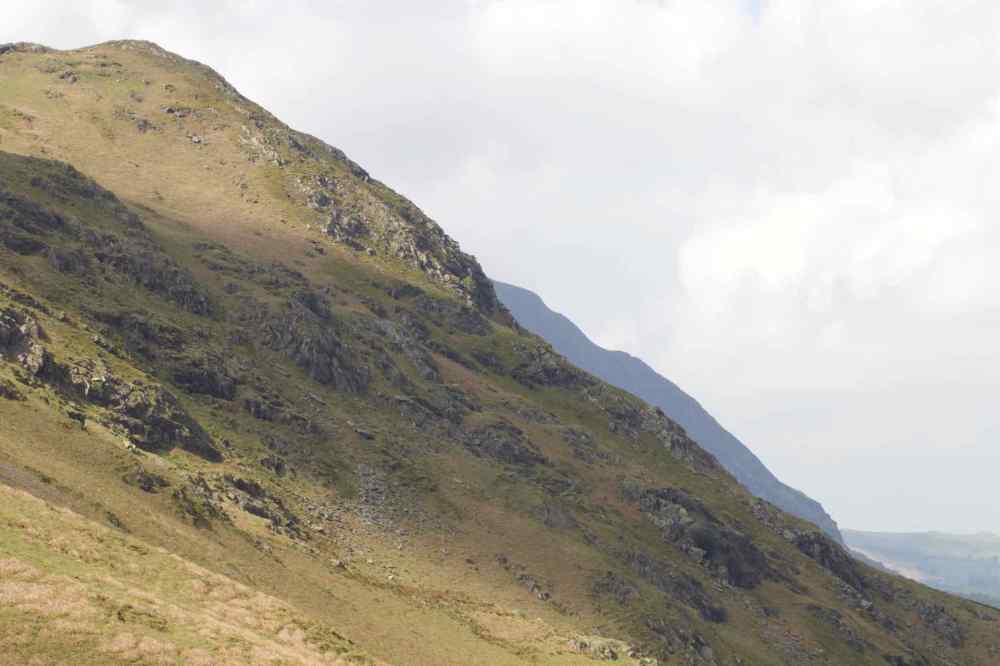 At the end of the Coledale Valley lies the village of Braithwaite.  Here the path around the Coledale Horseshoe starts and takes in Grisedale Pike, Sail and Causey Pike.  Lying on a slightly lower ridge within the valley is Outerside which, from the top gives wonderful views of the horseshoe route and Coledale Valley. 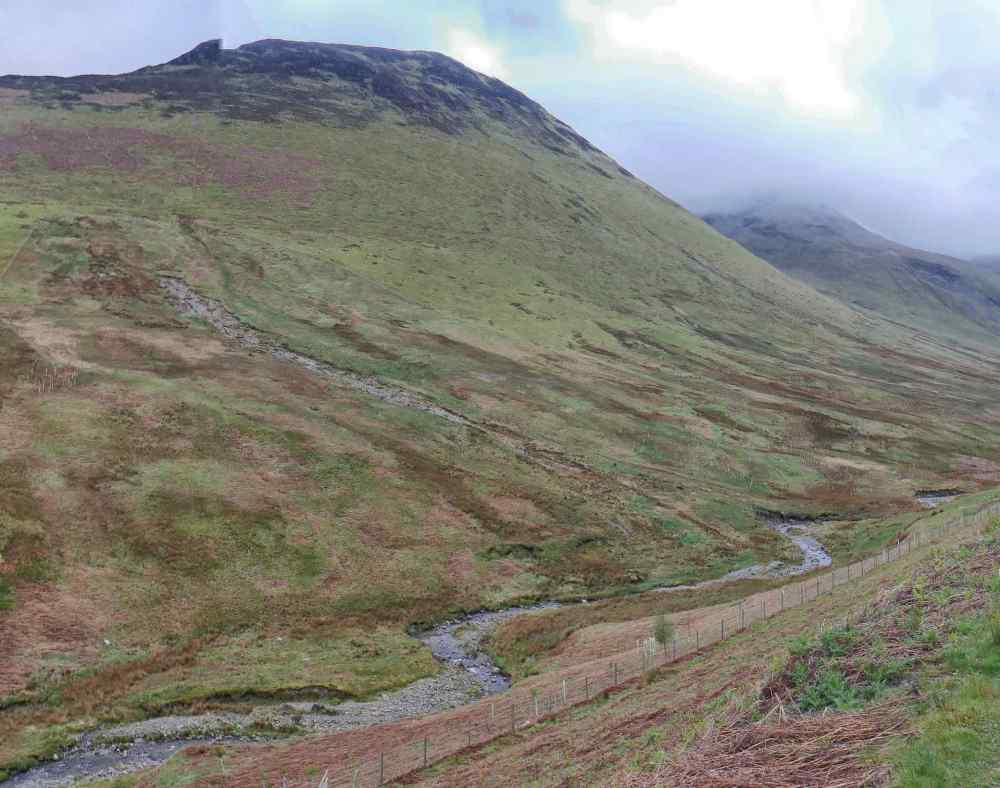 Lying at the southern end of Buttermere, Fleetwith Pike is the end of a chain of mountains dominating the western side of the lake.  These include Haystacks, High Stile and Red Pike.  Behind Fleetwith Pike is Honister Hause and the old slate mine, now a popular tourist attraction.  Gatesgarth Farm, close to where this image is taken, reputedly sells the best ice cream in the Lake District!

The central peak of three dominating the southern side of Buttermere, the others being Red Pike and High Crag, Wainwright describes them as ” …….a trinity of challenging peaks, ……the central one is the loftiest and grandest, High Stile.”  We have walked all three and can assure you that each looks as magnificent from the top as from the lake!