I had a day out recently, to the North East Norfolk coast, specifically to the small village of Overstrand and then on to Cromer. The intention was to shoot some seascape images from ideas in the book “Photographing East Anglia” by Justin Minns.

The wind was forecast to be quite strong, in excess of 30kts from the west, so I was hoping for some strong seas breaking over the wooden sea defences at Overstrand.  It was also quite cold and initially overcast.

When I got to Overstrand the wind was blowing hard but the water was almost flat calm.  Nevertheless I managed to get a few half decent images before the receding tide left the wooden groynes high and dry.

Two views of one groyne at Overstrand beach

From Overstrand it is a short drive to the coastal town of Cromer, noted for it’s pier and the crabs that are caught locally.  The wind was still blowing hard though the sun had appeared, warming the air just a little.  Shooting the pier from a high position on a promenade above posed problems because of the strong wind causing camera shake, despite it being attached to a robust tripod.  I did not get many useable shots of the pier despite my best efforts.

The same image of Cromer Pier given different treatments in post processing. My favourite is the Mono at the bottom 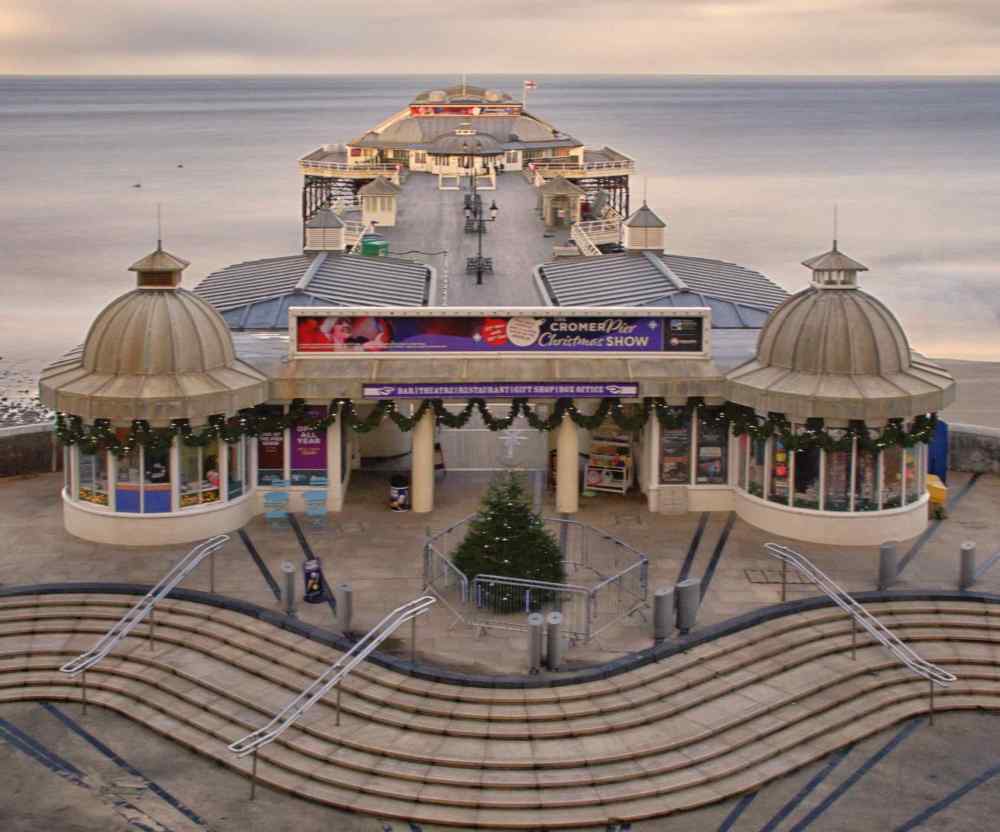 One more image of Cromer Pier from the promenade above.