Mention Yorkshire in conversation and a number of images come to mind.  There are the  Yorkshire Moors to the North East of the county, the Pennines which run down the west and border neighbouring Lancashire; these give images of a rolling, rugged and occasionally bleak but beautiful landscape.  Contrast this with the city sprawl that crowd industrial South Yorkshire.  In amongst all this, nestling to the north west of the conurbations of Leeds, Sheffield and Bradford are the Yorkshire Dales.  A Dale is simply an open valley and each of the Yorkshire Dales is named after the river that flows through them. We stayed in Wharfedale.

The Yorkshire Dales is a National Park of extraordinary beauty and home to the “Yorkshire Three Peaks” of Whernside, Ingleborough and Pen-y-Ghent, all of which can be reached in a single days walking. At a total distance of about 24 miles it is not a walk for the faint hearted.

We recently joined our Ramblers group for a week of walking in the Yorkshire Dales.  We stayed in the village of Airton, near Skipton, in Wharfedale and the weeks routes saw us walking up all three Yorkshire peaks but not on the same day. As you can see from the pictures below the weather was variable but the autumn landscape was full with rich golden colour.

Just below the summit of Great Whernside.  (Note, this is NOT Whernside of 3 Peaks Fame)

Views of the Dales Way walk along the River Wharfe

The Dales is not alone in having one or two geological “oddities” within its area and two stand out from our walking week, namely Gaping Gill and Hull Pot.

Gaping Gill is a natural cave  with an opening on the southern slopes of Ingleborough.  A 98-metre (322 ft) deep pothole with Fell Beck flowing into it off the hillside.  After falling through one of the largest known underground chambers in Britain, the water disappears into the bouldery floor and eventually resurges adjacent to Ingleborough Cave.

Where Fell Beck plunges into Gaping Gill.  Believe it or not, cavers climb down into this hole or “pot” and through the underground cave system emerge below:

The exit to Gaping Gill.  There is a Visitors Centre nearby where for a fee you can access the cave system on guided tour.  There is a wider and taller entrance than this one.

The other geological oddity we encountered was Hull Pot.  Hull Pot lies on the western side of Pen-y-ghent just to the north of the main footpath, the Pennine Way, which leads from the summit into Horton-in-Ribblesdale. It is also close to the route of the Yorkshire Three Peaks. 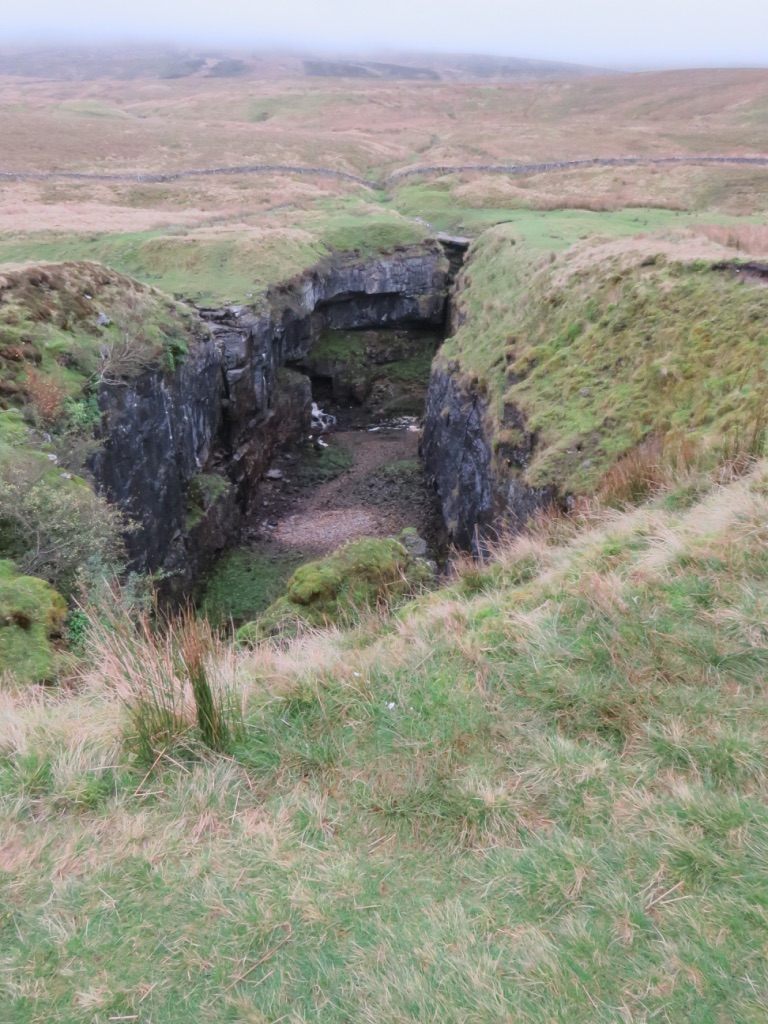 Hull Pot.  Despite the recent heavy rain the water flow into this hole was almost non-existent.  At times during the winter the water flow is heavy and the pot can fill.

Ribblehead Viaduct from the path up to Pen-y-Ghent 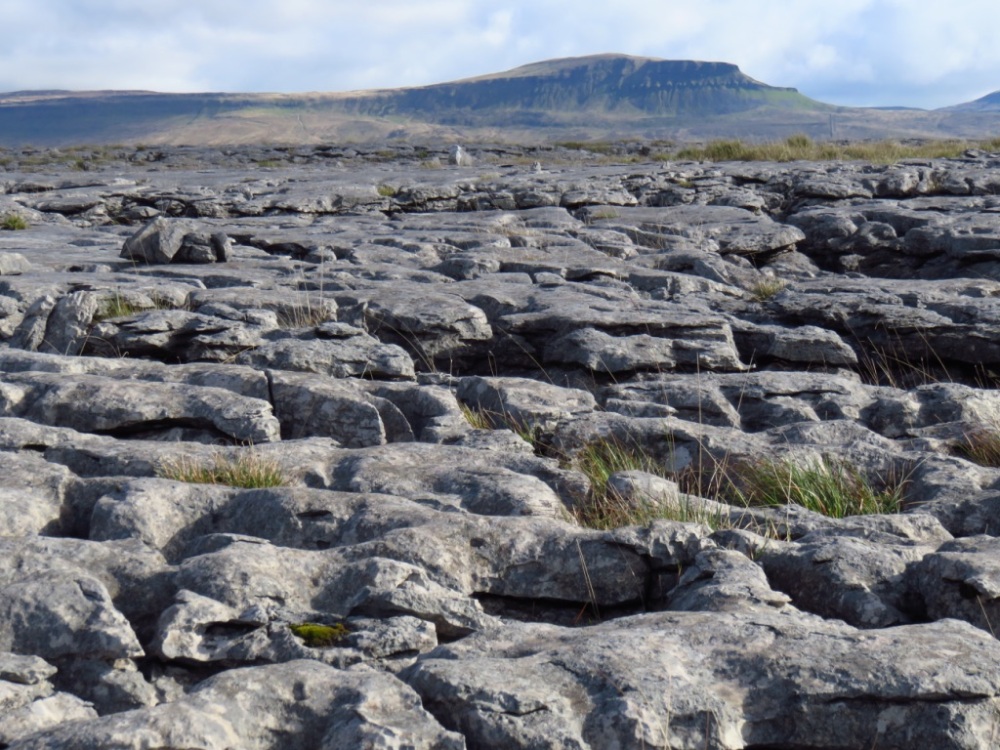 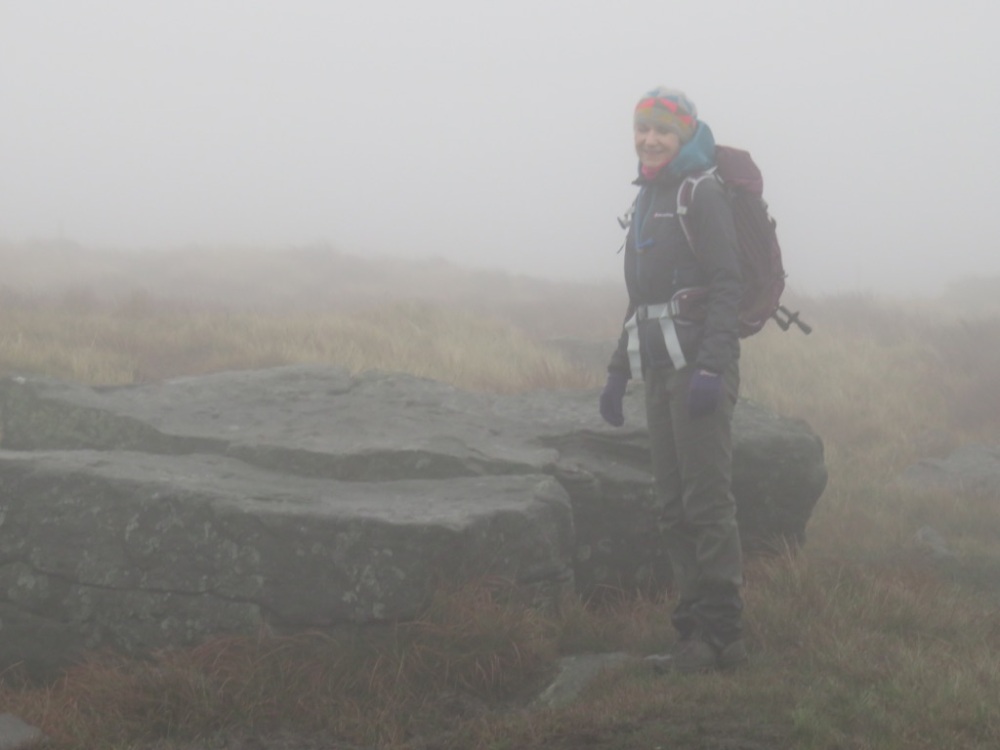 Tow views of the top of Pen-y-Ghent.  The irony is that below the cloud tops it was quite a nice day.  The cloud seemed to persist on the tops creating this grey shroud of mist.

A reddish sky.  An unusual atmospheric phenomenon caused by African desert dust in the high atmosphere as seen over the Yorkshire Dales 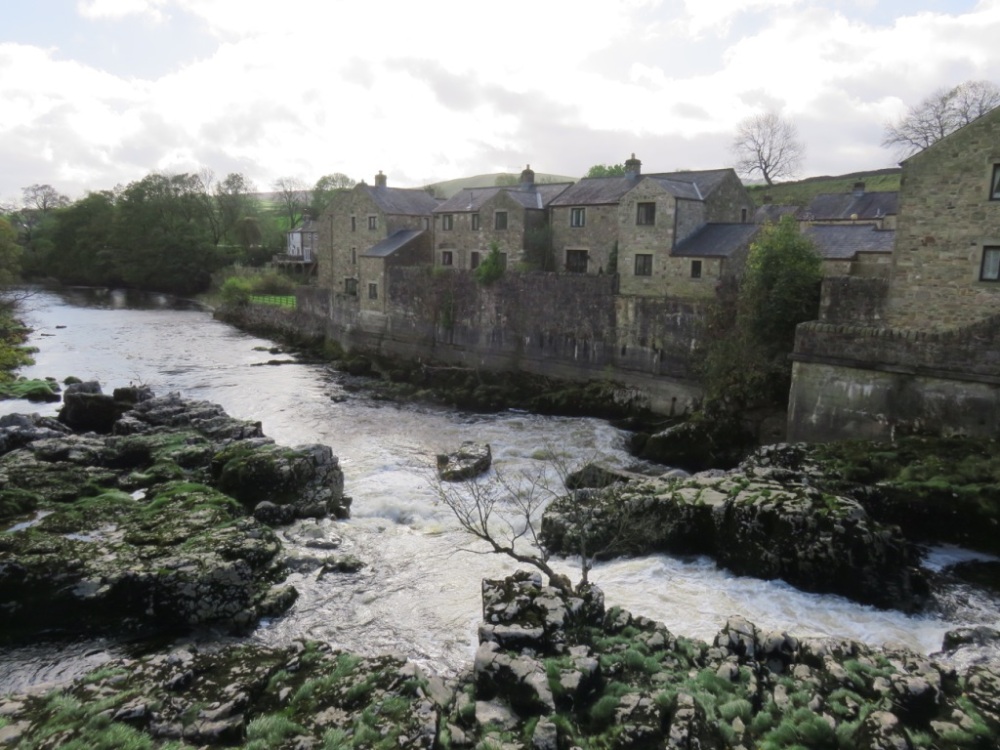 Two views of the River Wharfe at Grassington.  Top – A close up of water flowing over the rocks.  Bottom – Village houses on the river at Grassington.

View of the Leeds Liverpool Canal which runs through Skipton.  Started in 1770 it took 50 years to complete its 127 mile length.