One of our favourite areas for walking in the UK is the Yorkshire Dales.  We had planned two walks with friends on our last visit in July, namely Ingleborough and Whernside, two of the Yorkshire Three Peaks.

Ingleborough is in the south-western corner of the Yorkshire Dales, at the highest point of a triangle of land with corners at Ingleton, Ribblehead and Settle. The hill is connected to its nearest higher neighbour, Whernside, by a low col or mountain pass and at 723 m or 2,372 ft is the second highest mountain in the Yorkshire Dales.  It was unfinished business for our friends Tim and Jo who had climbed Ingleborough before but the weather turned nasty and they could see nothing but fog and rain from the summit.

Starting off from the village of Clapham we walked in warm sunshine and minimum breeze and as the pictures show there was no danger of any bad weather when we walked up.

The walk to the summit

Once at the summit we paused to admire the views of the other two peaks, Whernside and Pen-y Ghent and eat lunch whilst admiring the view before a long easy descent back to Clapham for a well earned drink at the cafe bar.

Clockwise from top left:  The Summit Cairn and trig point, Us on the plateau summit; Flat top; Lyn and I; Panorama

On the descent we noticed the clouds building rapidly from the west and as we arrived back at our accommodation in Malham the wind was blustery and rain was in the air. Sure enough, as we walked to the pub for our evening meal the rain was lashing down and the forecast for Saturday was not good. 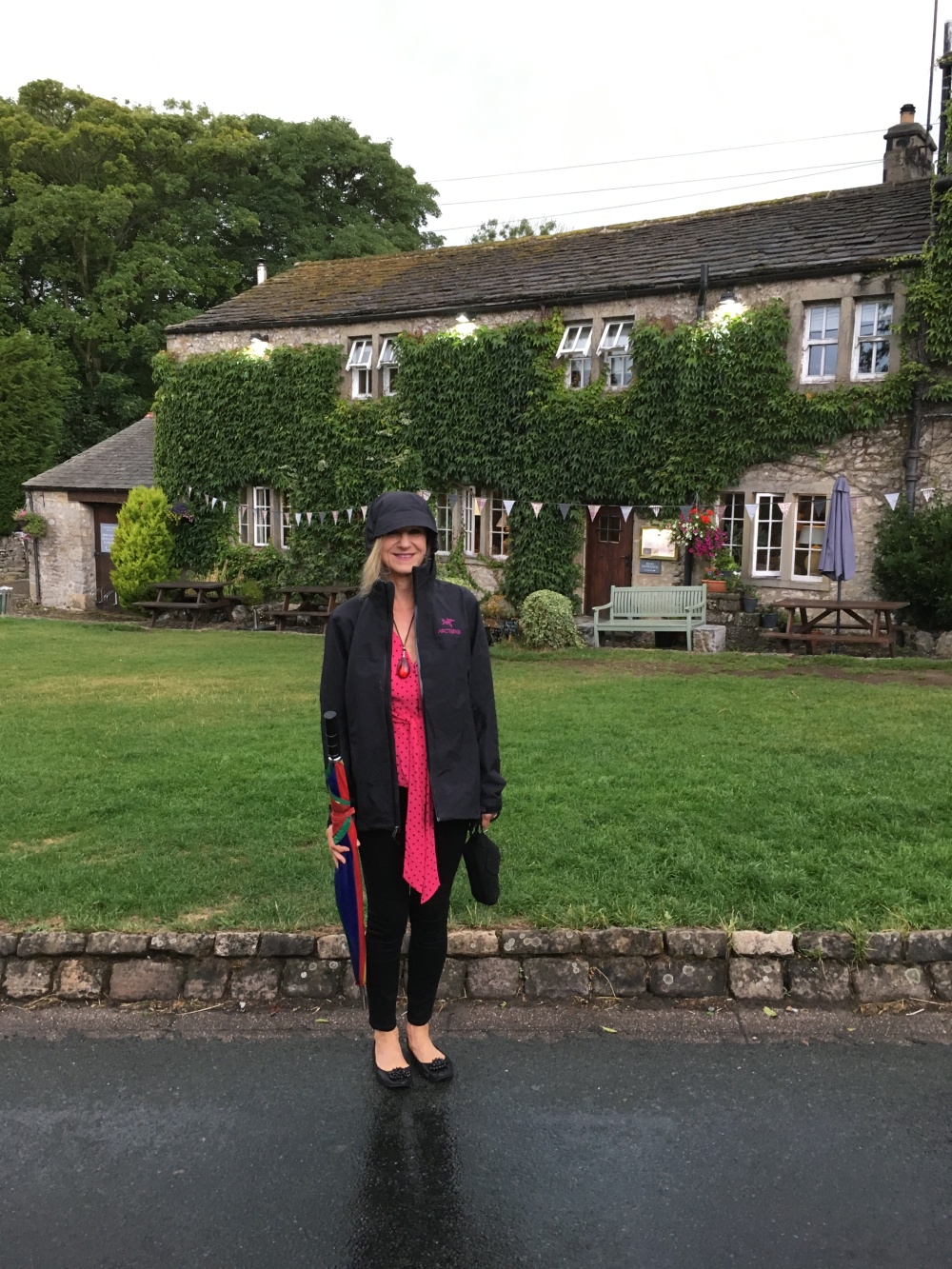 Where did the good weather go – All dressed up and it is raining!!

The Friday evening rain developed overnight into a full blown storm and when we woke on Saturday morning we soon realised that our walk up Whernside was not going to be possible because of the low cloud and high winds.  The advice from the locals was stay low.  A quick re-plan saw us walk from the village, to Malham Cove, then on to Malham Tarn, across the common to Goredale Scar before returning to Malham.

Malham Cove is a massive granite cliff face and a popular destination for tourists to the area.  On good day people are queuing to walk up the path.  Our walk was almost deserted as I think the threat of rain had kept people away. Our walk started dry but very blustery but it was clear that we would get wet as the grey clouds were gathering from behind the rock face.

After stopping for photographs at this impressive cliff face we continued our walk on to Malham Tarn.  By the time we got there it was raining, and coupled with the strong wind walking was distinctly unpleasant hence no pictures.

Pausing for a quick picnic lunch under a tree to shelter from the rain we decided to head directly to Goredale Scar.

A sign indicated that the route across the moor to Goredale was closed so we had no option but to follow the narrow lane to a lower path that would take us to our destination.

Gordale Scar is a huge gorge and its true size is only visible once you walk through the field and Gordale campsite alongside the beck and turn the corner into the Scar itself.

Gordale Scar was created during the Ice ages, melt water creating a cavern that eventually collapsed to create the waterfall and gorge you see today including smooth rocks formed by Tufa (a type of Limestone) deposits. Owing to the very hot summer in the UK when we visited, Goredale Beck was a trickle of water and the waterfall, which is a major feature of Goredale was reduced to the ferocity of someone pouring water from a bottle!  Nevertheless the giant cliff sides and the drop the waterfall should be, still made for an impressive sight.

Back to Malham village for a well earned coffee and cake and to reflect on a great weekend with friends Tim and Jo. 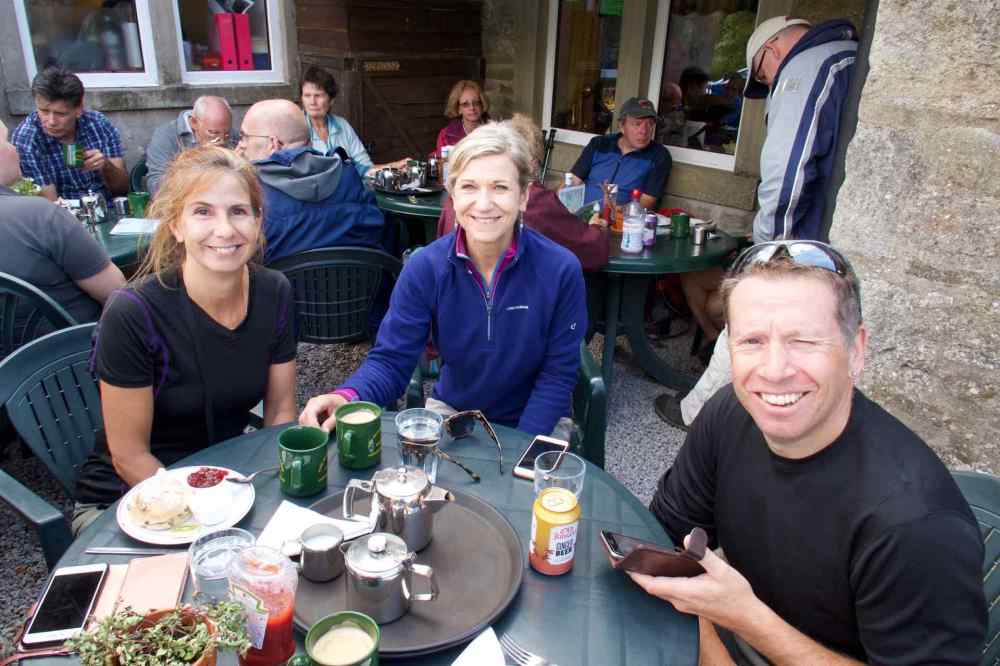