Fans of 70’s Punk may remember the above hit by the Ruts. This is the story of our trip into the Valley……The Hunter Valley.

Home to a huge number of Wineries and the odd brewery, the Hunter Valley lies about 2.5 hours North West of Sydney by car.

We picked our new hire car up from Avis. It is not as smart as the last one and we now have a Toyota Camry 4 door saloon with fewer toys, no built in Satnav and a bizarre arrangement for a hand brake, it is operated with your left foot.  After overcoming this minor problem we were soon under way, and to Lyn’s delight we left Sydney via the Harbour bridge not through the tunnel and once clear of Sydney’s suburbs it was an easy journey to our next stop, Pokolbin. 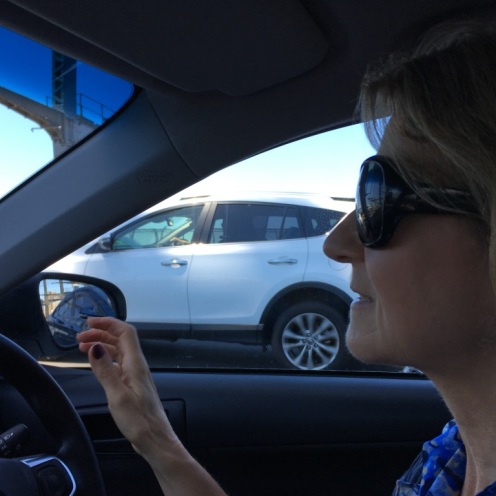 Pokolbin is not a village in its own right, more a shire within the Hunter Valley and our accommodation for two nights was close to a couple of wineries, café’s and restaurants and 10 miles from the nearest town of Cessnock.

Close to us was the Hope Winery and as we drove past we saw a large sign advertising forthcoming gigs. The Saturday previous to our arrival we noted, Bruce Springsteen and the E-Street Band played. Yes that is THE Bruce Springsteen and not some Aussie tribute band! I did check with someone in the café opposite, where we were having coffee one morning, and she confirmed the Boss was there. Mind you she said the gig was preceded by a huge hail and thunderstorm, which lasted for 90 minutes before he came on, but apparently 20,000 fans did not care. This Saturday (25th) Suzy Quatro is playing and I somehow don’t think she will be attracting so many fans. The Roche winery about 400m up the road were advertising those 80’s pop legends Icehouse as part of a 1 day festival in April. Remember them? Didn’t think you did!

Bruce was ‘ere……….Honest.  Can’t say I have ever heard of the last two.

There are many companies offering Wine Tours, where they pick you up in a coach, drive you round a few wineries, pour loads of wine and food down your throat and then at the end of the day drop you off again. All for about £180. By the end of the day you don’t care or can’t remember where you have been or what you have drunk, you have about 10 bottles of not so cheap wine that you don’t remember buying, and have to drink because you can’t take more than 2 bottles out of the country. We were not prepared to do that, so a quick trip to a nearby Tourist Information office and a search on the Internet elicited the information we needed.

Many wineries operate what they call Cellar Doors, where you can just drive up, taste a few select wines, buy some and drive off again. One that we found sounded more personal and more to our liking. For A$5 each they would take you on a guided tour of the winery, provide a free tasting session, then take you to their saleroom where you could buy bottles of their product again after tasting.

Landscape of part of the Hunter Valley

We duly drove the short distance (about 12km) to the Tyrrells winery, in a lovely setting on the hills facing the Brokeback mountain range. Our guide was excellent, telling us of the history of the winery, and how it had been a family run business since 1857 when the founder bought the land on which the vines now grow. They are a small winery in comparison to some in the Hunter Valley but the biggest area for wine is in Western Australia, in the Barossa Valley where the majority of wine is produced for export. I was disappointed to learn that my favourite Australian wine, Lindemans, is not a winery in its own right but a brand from a massive winery as are many others imported into the UK. There is massive over-production of wine in the world at the moment so Tyrells have reduced the amount they produce (about 30,000 Litres a year) in order to keep the standard of wine produced very high. In UK you won’t find their brand in Waitrose or Tesco, but more likely in the Times/Sunday Times Wine club, it is more exclusive. 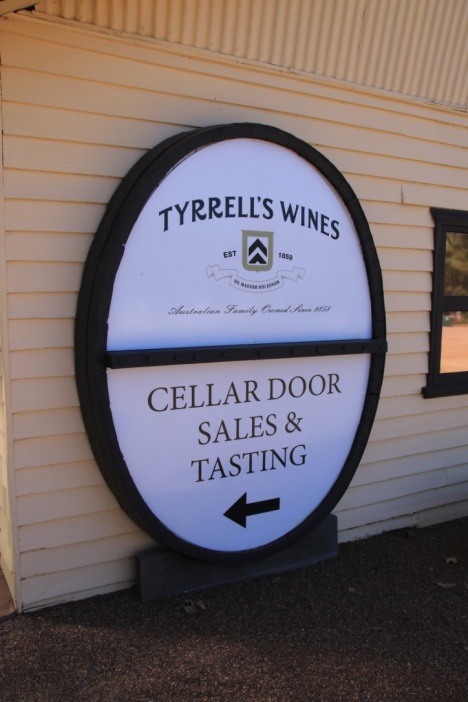 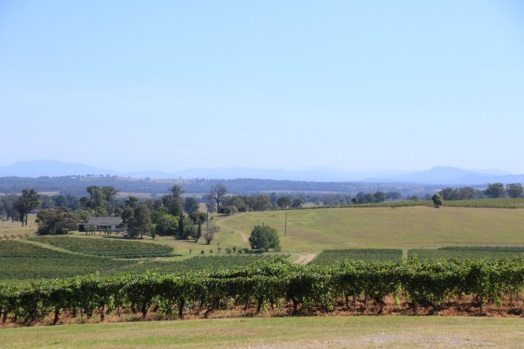 He showed us the huge oak casks where the wine is stored and as you would expect, we got to taste some of the end product with hints on what to look for. We tried a Semillion, a Chardonnay (which we are told is enjoying a revival following its earlier association with all that is Essex) and a Shiraz. All three were very good. Lyn’s favourite quote from the guide is that “…..wine is to be experienced as a food, with food”. He observed that in the Northern hemisphere, the further north you go, the less wine is about accompanying food, but more extreme forms of binge drinking! Contrast the way Italians, Mediterranean’s and southern French treat their wine, with those of Northern Europe he said. 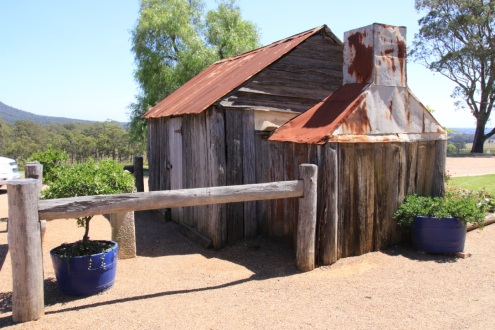 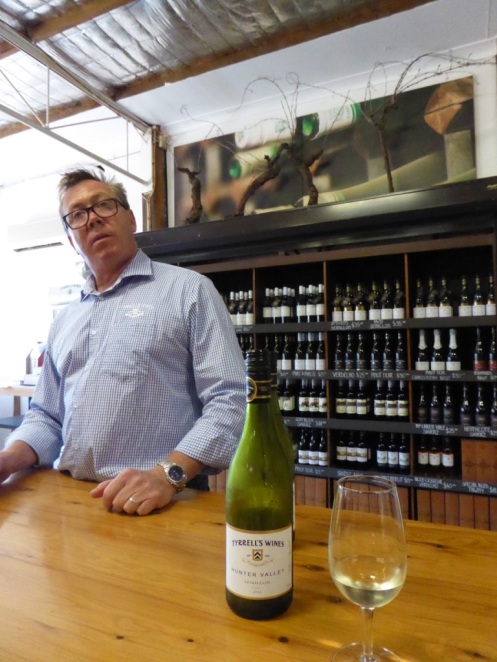 Clockwise from top left:  Edward Tyrrells original home when he south the land; Scott, our guide, New barrels of wine. 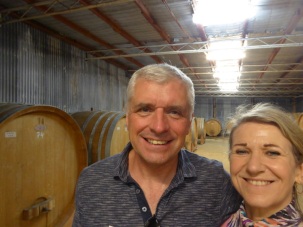 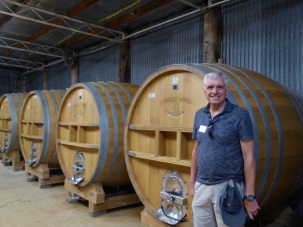 Clockwise from top left:  Lyn get to grips with some serious wine tasting; Cellar views

The tour was very interesting and it inspired us both to look for wine tastings when we get home and to learn more about wine. We left with a number of information sheets to further our knowledge. Sorry all, we are no experts still but we know what we like, and it is probably more expensive that we are used to buying. 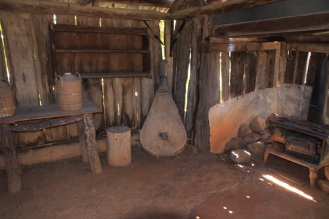 Three views of Edward Tyrell’s first home, built in 1857 on the land the is now the vineyard that bears his name.

After this informative 3 hours or so and a picnic lunch we did a small drive around tour of the Hunter Valley, taking in a Sculpture Garden and Art Gallery, in another winery as it happened, but we did not partake of their produce. As we continued on our little tour round we must have missed a turning as we ended up in a town at the back end of beyond, outside the Hunter Valley or anywhere to be honest. Singleton is one of those towns you occasionally stumble across in Australia that someone appeared to have picked up and dropped in the middle of nowhere. It must be 50 miles from the nearest habitation, this little pocket of civilization quietly getting on with life with no-one nearby to bother them. It was, or is a town built around a quarry that is still active, just! 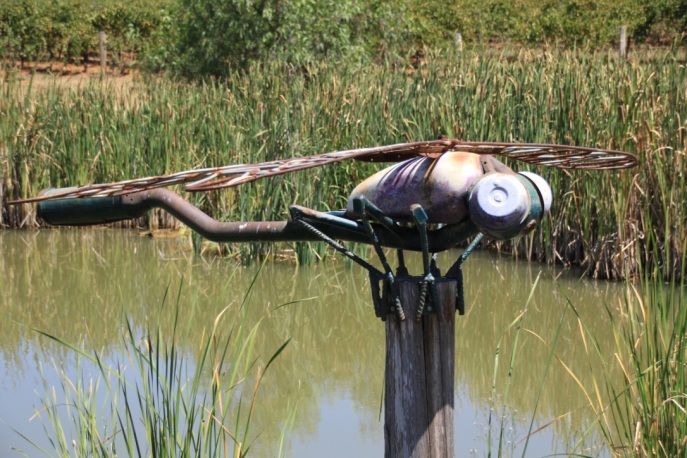 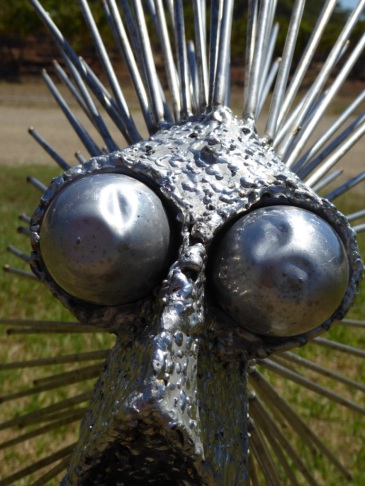 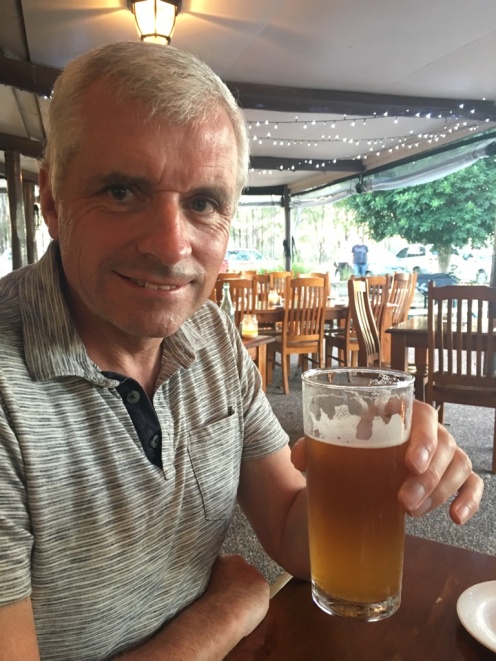 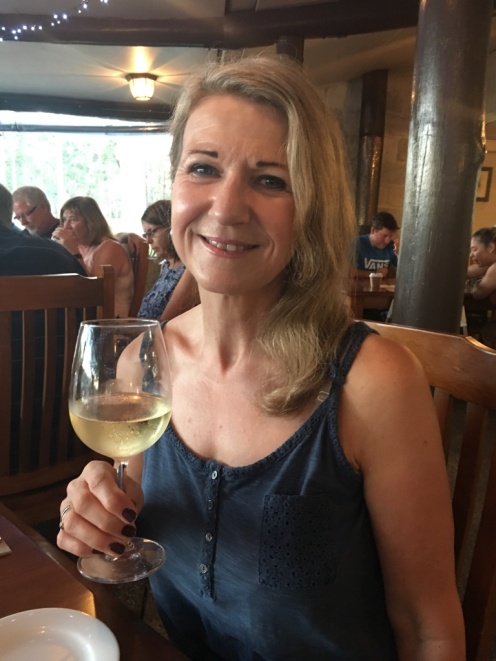 The evenings spent tasting the wares!  I am drinking Murray’s Brewery “Angry Old Man”. Not a statement on my wellbeing I assure you!

One thing Pokolbin has is space and wide open skies.  Behind our accommodation is a lake and I could not resist the temptation to get up early and get out to take some pictures of the area around where we stayed. 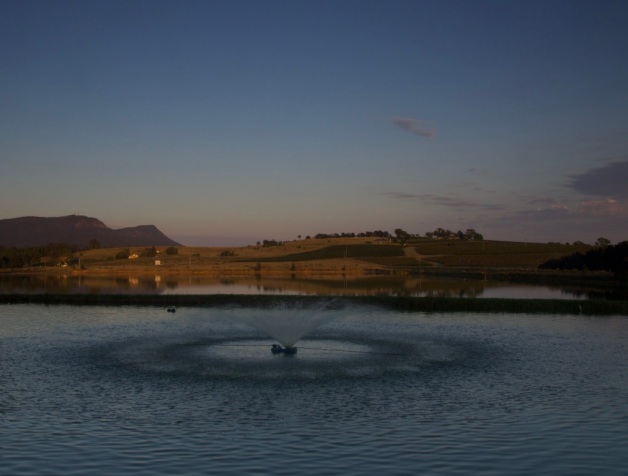 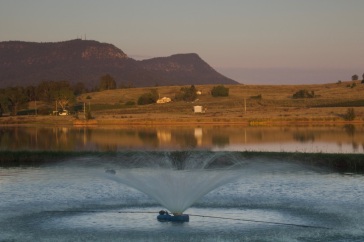 Only one full day in Pokolbin then off on our travels again, next stop the Blue Mountains. Rather than drive back down the Pacific Highway to the north of Sydney we chose a route through the Mountains on what is named Putty Road. It is 130km of twisty, windy, mountain roads with no civilization for miles and miles. Our destination was Leura in the middle of the Blue Mountains. It was a very sunny, hot day and as we were heading inland the heat becomes much drier so less humid. This means you can feel the heat more.

After more mountain roads and driving through some familiar names such as Richmond and Windsor we arrived at our new home for the next five nights. Welcome to Tanglewood Cottage.

At once Lyn expressed misgivings, and that is before we had found the key and entered the property. Once inside, Lyn’s misgivings were confirmed. Despite the attractive pictures on Airbnb, the reality was somewhat different. It was dark, dingy and about 50 years out of date. Yes it was clean and tidy, but the whole place gave the impression of needing a facelift and refresh. Furniture was old and dull, the garden, although large is overgrown and blocks light into the lounge. The kitchen needs a complete re-design as the units must be as old as the house. The work surface (yes, there is only one) and the inside of the cupboards are sticky. As for the bathroom, the pink marbled effect tiles should never have been allowed. The bed linen has seen better days and beds have electric blankets! Who uses those these days? Finally there is no internet connection and no telephone. We were in such despair, we dropped our bags off and went in search of a café with free wi-fi so we could decide on our next course of action. After a coffee and a search for alternative accommodation, Lyn said lets try and make this work so we made our way back to the Cottage. Her initial reaction was justified. There is much to be improved with this cottage, not least décor, furnishings, new linen and a feminine touch. However, it has a certain old world charm, probably enhanced by some very old portraits on the walls, the old wood cabinet in the corner with a stack of old 78’s resting on the shelves inside and the Walton’s style verandah overlooking the forest that was once a lovely garden.

The next few days in the Blue Mountains are what I have been looking forward to. The landscape in the mountains feeds my soul as a landscape photographer and I am hoping for some good shots over the next few days, as well as exploring an area that has no sand and no sea!